The Legend of Teddy is an epic RPG that uses a semi-turn-based battle system that incorporates Timing and Counter Mechanics to create deep and engaging Combat.﻿

The original plan for this game was honestly almost completely different than it turned out, and this is one of those cases where it turned out better because of it. Originally the game was going to have fully explorable worlds, but due to time constraints and technical issues I decided to remove the overworld and instead focused on the core engagement of my game, the Combat system.

The Combat System very clearly takes inspiration from from the Mario RPGs, but I've added some twists to the formula. For Mario and Luigi on the Gameboy Advanced, the challenge and timing came from understanding who the enemy was going to attack. The game also chose which method to counter the enemy attack. The Legend of Teddy gives the Player four different Mechanics that all serve different purposes in Combat. It is up to the Player to determine which counter or which attack will be best for the situation. The Player must discover how to attack and deal with the enemies in order to defeat them.﻿ 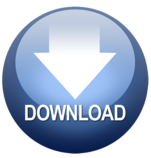