Exitus is a Stealth/Adventure title where Players will be able to shapeshift into their enemies in order to sneak past them.﻿﻿

No matter how much preperation or planning, the lead up to the Gold Milestone is and has always been a crunch mode for the entire team, especially for the design team. Due to the constantly shifting nature of the game, it was impossible for the Design team to nail down a plan for the sequence of levels and narrative, until we entered this milestone. One of the first tasks was creating a detailed level layout plan that were designed and written in order to not only provide instructions for the player, include any tutorial narrative necessary, and further the narrative of the game overall. Once the level sequence was planned, the Designers only had four weeks to make 7+ new levels, that all needed to be playtested and iterated upon. Coffee became the team's best friend.

Other tasks that the designers had to perform was using C++ to add in a few new/expected Gameplay features and to code the scripted sequences that happen throughout the game.

With a day to spare, the game was completed with a new Menu, 11+ levels all playtested and iterated upon. While the game came out pretty well, and even won some awards, we knew the game could be better, which is why the team has decided to stay together in order to rework the game completely from the ground up in Unity. The Design Team have opted to drop the majority of the game mechanics in order to focus on a larger set of tools for the Player to progress through the game in order to allow the Player to feel like they have more control in the game.

Since First Playable, the Beta Milestone was our largest push where we saw the biggest improvements of the game. The engine was finally in a state where I could quickly design and build levels. We started to do constant playtesting, using the data to tweak the levels and enemy stats.

It became apparent during our playtesting from the other milestones that Player Feedback was severily lacking, crippling our game in many ways. For this milestone, this was our big push as I spent a lot of time designing different UI elements as the dev team implemented them. While not all of the planned UI has been implemented quite yet, what we have added have made the game infinitely more playable and interesting.

The level design is also much more interesting and is beginning to show signs of the true potential of the mechanics and dynamics of the game.

Work for me was slow during this milestone. After the winter break, the dev team decided to do some major overhauls to the engine, with its main purpose to remove the hacks that were implemented before the First Playable Milestone. Also, the game logic was completely scratched and started over, meaning for the first three weeks, I couldn't really do any work on the game. So, instead, I began to solve our design problem by adding a new mechanic to the game, the Guard Path mechanic. Before telling the team to implement this mechanic, I spent some time creating a new prototype that used it. More importantly, I tested the prototype and found that people found the mechanic to be interesting and liked the "puzzle" aspects it added to the game.

Going into this milestone, we reevaluated our game and started to look at what we were interested in and what we wanted to accomplish with the game, and, most importantly, what was feasible. We cut out the second environment, keeping only the space station, and removed combat from the game entirely. This was done to cut art costs, audio costs, and of course, design costs. Instead, we decided to focus our time on creating an engaging Stealth title that offered a unique twist on the tried and true formula.

While most Stealth games are about entirely staying out of sight of the enemies, our game is different as the Player has the ability to absorb and shapeshift into specific enemies, allowing them to literally walk pass guards. This created a design problem... "How do I make this interesting?" For the level that we completed during this milestone, it was fairly interesting, but looking at the game from a future perspective, it became clear that the game would not be able to maintain interest for long.

As it happens quite often, when you have a group of extremley talented and excited people, your game grows exponentially at an alarming rate. For the first milestone, this was something that we faced. Our original idea for the game was to do Stealth and Combat within our small development time of approximately 7 months or one school year. The game was going to involve a strange alien seemingly in his natural habitat. But then the twist... the Player/Alien is actually on a space station that is being watched by an advanced group of humans. This was one of the first things that we cut from the game as the art asset requirement for both environments was too much.

When I joined the team, the basic ideas of the game were already decided on. They wanted combat and stealth that was wrapped up in a "shapeshifting" mechanic, however, nothing was fleshed out at all. As the Game Designer, I was tasked with the duty of taking this "idea" and turning it into an actual game concept.

In order to prove my ideas, I began to build a prototype in Digipen's Zero Engine that showed off how the core concepts of the game (combat and stealth) would work together. I completed a functional prototype in approximately a month, wrapping up production on it as the team was getting the Engine to run with all of the different libraries running. 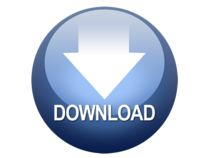