Chained is focused on creating an narrative about Negative Dependency purely through its gameplay. Think of it as the video game equivalent of Moby Dick, if we might be so bold. The idea here is that everyone gets themselves caught in this thought that they need to do something a particular way, because they see no other way to do it, or no way out. The game will simulate the process, needs and desires of the Player as they learn that they need to abandon what they believe they must "have" in order to exit the cavern.

Chained is a game that combines games like Limbo and Super Mario World as Players progress through the game solving puzzles in a surreal environment. Gameplay progress is dependent on using the unique Ball and Chain mechanics to traverse the world. Gameplay is that of a 2D platformer.

Chained was finished in April 2014, however we do not have a Web Build version of the final release. Below is the playable Beta version.

To play the Gold Final Release of Chained click on this link:

Click on the image above to launch the Unity Web Player version of Chained.

Chained released at we won four awards from Digipen, including Best Senior Game and Best Poetic Experience. We had kind of thought that would have been it for Chained, but we later won Best of Arts from the Sense of Wonder Night 2014 and Gold Winner at Serious Play Conference 2014. Both of these achievements were beyond our wildest expectations!

However, the best thing that has come out of Chained is this "review" used by Teachers to determine something's worth as a piece of education. The way the teachers talk about the game and describe the lessons and meanings of Chained is the type of discussions we always wanted to see come from Chained and is one of the big reasons we made the game.

Following the release of Chained, we originally thought about rebuilding Chained as an Indepedent Studio, but ultimately, the majority of us got hired by E-Line Media to work on Never Alone.

One of the biggest challenges we had to vault over has been getting the right balance between atmosphere and gameplay. As mentioned earlier, we didn't quite hit that balance, and as we continued production, we ended up having little to no atmosphere, which, as it turned out, was equally as bad as having no gameplay. The design team and I, as well as the art director, spent a lot of time reworking the levels and game flow in order to hit a far better balance. The result are levels that both have a sense of "world" and a strong usage of the mechanics.

Another thing that I had to do, was re-evaluate the entire game/narrative arc and the usage of the "super mechanics". Due to time constraints (and possibly it just wasn't working), we decided to cut out the entire 3rd act of the game, which would have involved using the "super mechanics" in order to find your redemption. The player would have gone through previous levels, using new mechanics and a few new levels in order to get the "good" ending. While I built the levels to accomplish this, the game simply was too long, and we didn't have time to properly art, audio and iterate on the design. So, the decision became to rework the 3rd act and condense it as much as possible, while maintaining the same purpose. The result was exactly that, and made the game so much better and easier for us to create.

For this milestone, I suggest going to www.Chained-Game.com for a more detailed account of what the team has been up to and the progress we have done on the game since we did our first playable.

SCRUM Sprint 10 - Unfortunately, with how busy I have been working on this game, I have not been able to keep this site as well updated as I would have liked, however, I will take some time to update everyone on the progress we have made.

We now have a new Player Controller in place that works exceptionally better. We also have a lot more mechanics in place and we have begun to really experiment with the level design. The art started getting implemented as soon as we got it, and it really makes the game feel like a game, especially once the animations were synched with the PlayerController. Overall, our progress has been extremely smooth, and very rapid, allowing us to start adding polish elements early in.

For this project, I have had a lot of different roles, including, mainly, being the Game Director, which essentially means keeping the game, and the team, underneath a singular vision that twists and turns as changes occur and are needed for development. For this role, I make sure that every decision fits within this decision, and more importantly, I make sure to listen to all input from other members on the team.

Other things I have done is, I have implemented and scripted many of the advanced mechanics in the game. One of my bigger jobs has been handling the animation controller using Unity's Mecanim system. I've also worked closely with the sound designer by writing scripts for him to use in the levels. These are just a few of the things I have done.

Moving forward with this project, after the holiday season, the team will re-evaluate the gameplay and game pacing. We acknowledge that currently the game has a low engagement rating, and too few engagement spikes. After much feedback from industry professionals and playtesters, we attribute this to starting the game off with such a burden by being slowed by the ball. One of the ways we will try to fix this is to remove "lull periods" inbetween actions. Our more drastic changes include shrinking the ball size when picked up, allowing the Player to move quicker while carrying the ball.

SCRUM Sprint 5 - Within the last month, we have gone through multiple versions of the Player Controller. We finally decided on building a custom RigidBody Controller which will allow us to create the somewhat unpredictable gameplay that we want for this product. By having a small amount of unpredicatability, the Player will feel more like the Ball has an effect over them.

We were able to get some artists on the team and they have been working at a rapid pace to meet the design and production goals. Currently being built is the character model for the main character while the rest of the environment is being designed and constructed in Maya. For designers, it was necessary that the art assets are created with the intent of being as modular as possible, letting the designers build levels quickly, while still being aestheticallypleasing.

Coming up, we will have a far more fleshed out white box level, while also focusing on prototyping and building the remaining game mechanics that will add a lot to our puzzle-like level design.

SCRUM Sprint 1 - The first two weeks of production have been very busy. It started with just two people on our team, myself and fellow game designer and long time friend, Brandon Anderson. We both shared a vision of a game that actually used its game mechanics and level design to tell it's narrative. But we knew we needed to grow the team, in order to meet our production demands. We brought on our classmate and friend, Keith Leiker as a Producer, and right away, he was busy recruiting people for the team. Our team now has the artists and programmers it needs.

While not seen in the above build, the programmers are making good progress on the complicated Player Controller. My job for this sprint was to help sell the game idea, create the overall vision and direction for the game, and to begin to create the "Look and Feel" of the game. This of course, also meant beginning to figure out the proper art pipeline and production tools we will need. I created the art, imported it into Unity, created the materials with their correct normal maps, set up the scene and exported the build. The Look and Feel is intended to get people interested in the project, which, so far at least, seems to be working! 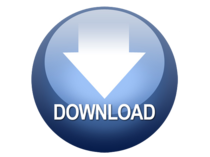